Review of Lords Of The Trident's Frostburn 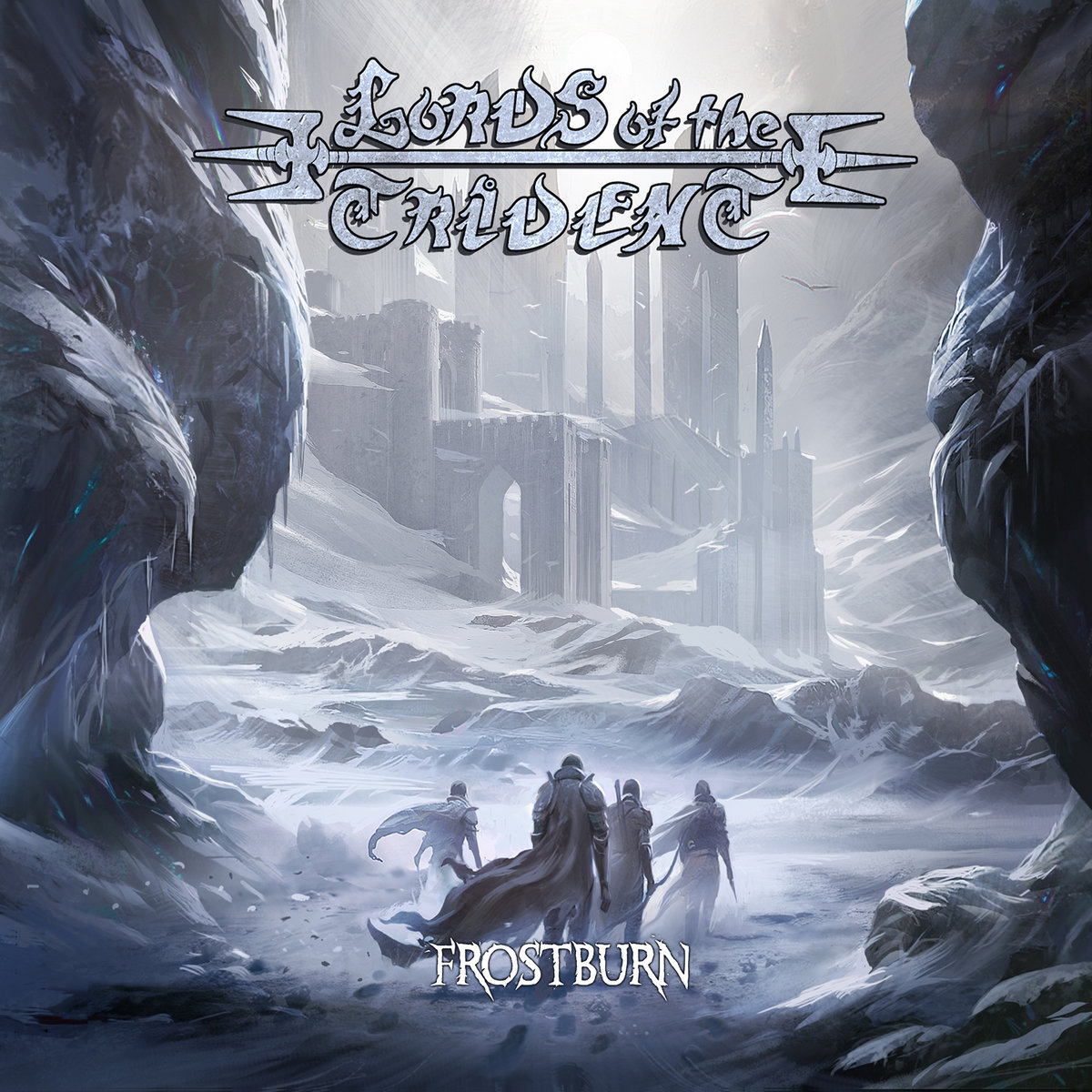 Those previously acquainted with Wisconsin's Lords Of The Trident won't be too surprised by their full-length studio album. Their energetic brand of power metal is at full force as songs like the "Bark At The Moon" inspired "Winds Of The Storm" pack in a flurry of guitar harmonies while the vocal hooks and wails on "The Longest Journey" fly with optimism that somehow doesn't clash with the winter aesthetic.

That said, Frostburn seems to be more mature than their previous outings. The band members haven't dropped their personas and an over the top presentation is all but inevitable when it comes to this genre but it feels less like they're trying to be silly here. "Manly Witness" may still be a goofy title but the album's themes of conquest and adventure are almost played straight here.

This is further reinforced by the more unified songwriting. Just about every track on here is executed in a similarly upbeat tempo, not often reaching breakneck speed but lively enough to avoid sounding middle of the road. Fortunately the touches such as the acoustic work on the more mid-tempo "Haze Of The Battlefield," percussive breaks on "Den Of The Wolf" and "Light This City," and epic sweeps on "Shattered Skies" keep the songs from running together.

Overall, Lords Of The Trident's third album is a solid alternative to those who feel that the power metal legends such as Helloween have faltered on their most recent efforts. The Plan Of Attack EP may be the band's strongest moment but Frostburn is a strong recommendation to those still unfamiliar with the band's methods of madness. One can sense that the band is on the cusp of something truly inspiring.

Highlights:
"Knights of Dragon's Deep"
"The Longest Journey"
"Winds Of The Storm"
"Den Of The Wolf"
"Shattered Skies"
Posted by Chris Latta at 1:10 AM